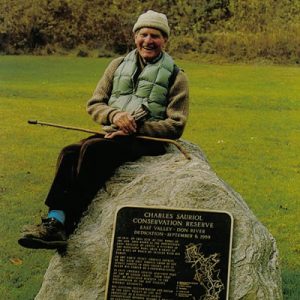 Mr. de Pencier has been a devoted conservationist his entire life. As the longtime owner and publisher of Toronto Life magazine and he also played a leading role in the development of Canadian Geographic magazine.

One of the key projects Mr. de Pencier is working on is the Highway of Heroes Tribute. This project will see two million trees planted near Highway 401, between Trenton and Toronto to honour the two million Canadians who have served in the armed forces.

For his years of dedication to the environment and long-time dedication to conservation, we thank and recognize Michael de Pencier